The developer from Kielce has sold Park Postępu office building in Warsaw to an Austrian investor for 102 million Euro.
Add your opinion

On 21st of september, Echo Investment sold the modern office building on Warsaw's Mokotów. The buyer of Park Postępu is an Austrian investor and developer - Immofinanz Group. The purchase contract's value is 102 million Euro.

The structure is completely rented out to Polish and international companies. The developer from Kielce has decided to sell the building because of the need to retain financial liquidity and of the fear of difficulties with acquiring financing for further projects. The resources acquired from the sale are going to be allocated for securing financing sources for projects being prepared for execution.

Park postępu is an office building cluster consisting of 4 buildings connected with a lobby, with a total area of 33 826 sqm. The complex is located in Warsaw's Mokotów. The architectural design has been developed by a Warsaw's studio APA Wojciechowski, while the complex has been constructed by Modzelewski & Rodek company. 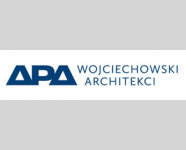