What happened on the Warsaw office market in Q1 2017?

PORF published data pertaining to the Warsaw office market for Q1 2017. The closure of data was conducted along with the verification of the Warsaw’s office zones – the boundaries and the existing names of zones have been changed.
Add your opinion

The main reason for changing boundaries and names of the Warsaw’s office zones is the changing structure of the office market observed by the Polish Office Research Forum this year. The new areas situated in close proximity to the central part of the city arouse the increased activity among developers as well as the increased interest among both tenants and investors. Their development was influenced by e.g. enhancement of communication connections, including launching of the second line of metro, which provides new destinations for potential office projects.

Map with new boundaries and names of Warsaw's office zones: 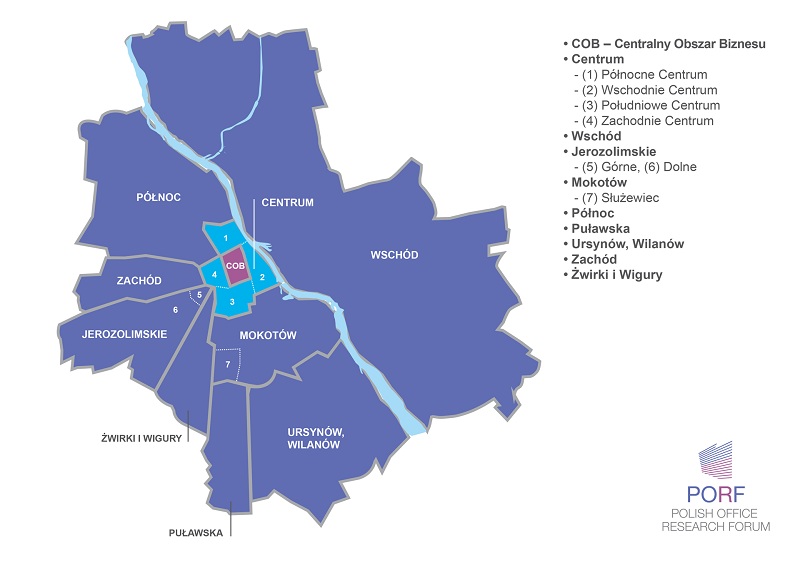 Source: PORF
see last
You enjoyed article? Sign in for the newsletter!
Fill out your e-mail, to recive our newsletter.
Be the first to comment
More on topic:
create account and write a blog !