Open space era is irreversibly coming to its end. New forms of office space arrangements are flowing from the West. One of them is an address-free offices conception. read full article >

Employers are increasingly aware that the organization of office space has an impact on the efficiency of employees and operation of the company, so the decision to arrange jobs are preceded by a more insightful analysis, taking into consideration the different options. The fact that such reflection is needed, provide, inter alia, study conducted by the Smart Mikomax Office employees of the business services sector. According to 65 percent of respondents appearance and organization of the workplace are important, but only one in five agree with the statement that his current office supports him in the effective action. For 85 percent of the place where they are, could better respond to their professional needs.

Everything depends on the company and ... employees

The advantage of the open space is certainly that allow the employer to a very efficient use of space. However, to ensure optimal conditions for work, you should think about the addition of open space zones dedicated to different forms of work. Our research shows that teamwork conceptual considers important 58 percent of respondents in the age group 26-35 years and 76 percent of respondents between 36 and 45 years of age. The opportunity to learn from others is the value for about 70 percent of respondents. However, the interaction between employees may disturb those office users who are currently in need of just silence and meditation. That is why it is good to think of a more or less formal meetings zones or designated areas dedicated phone calls. It responds to the different needs of workers while paying attention to the comfort of all.

Some organizations go a step further and decide on the so-called address-free offices. In this model, employees do not have an a priori desks - each elect a new place in which to sit, depending e.g. on the type of tasks you want to perform. Practice shows that this model can promote efficiency. First, it makes it easier to interact not only within the teams, but also between employees of different departments. As a consequence, it has an impact on the decision-making process to shorten and reduce the amount of electronic communications, the excess becomes a headache for a growing group of employees. At the same time, the separation of separate zones for different forms of work ensures that users do not interfere with each agency and not distract each other.

It is difficult to speak of a single universal prescription for an office that works for all organizations. Good office is in fact one that supports employees in an effective and comfortable performance of their duties, and these vary depending on the nature of your business. The starting point for change is therefore to consider what forms of work and activity is primarily to support a given space and what are the expectations and needs of employees. Especially in larger organizations, employing more than 300 people, it is used for this purpose a dedicated research tool that will help assess the effectiveness jobs. For example, a short online survey completed by employees can gather empirical data necessary to make a decision to change and set clear KPIs, which then can be verified. The survey expectations for office space based on the methodology used by more and more international companies such. LinkedIn, KPMG, Merck, BBC, Vodafone and Volvo.

Yet another factor that it should be consider arranging office, is consistent with the organization's culture and image of the employer that a company wants to build, for example, clearly separated from the rest of the space surgeries managers not help build the image of an open, not hierarchical company. On the other hand, if a company wants to reach generation Y, it is worth the thought of originally arranged common areas. Indeed, according to research Oxygenz, young people feel much better in a less formal venues.

see last
You enjoyed article? Sign in for the newsletter!
Fill out your e-mail, to recive our newsletter.
Be the first to comment
Zuzanna Mikołajczyk 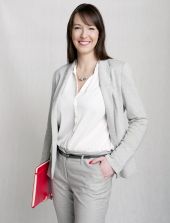