According to PAIiIZ, more and more companies which deliver services from the area of IT decide to locate their headquarters in Katowice. The Silesian capital is now the second largest – after Warsaw – center of modern services for business in Poland.
Add your opinion

The data presented by PAIiIZ and Hays Poland demonstrates that there are nearly 600 companies from the sector of services for business (BSS) in 23 Polish cities. These enterprises jointly hire over 150 thousand people. One of the centers which concentrate BSS is Silesian Agglomeration – a home vice-leader of this sector in Poland. It was the subject of discussions during one of the meetings from the „Morning coffee with BSS” series organized by PAIiIZ, HAYS Poland and Office for Katowice.

In respect of the number of centers for modern services for business, Katowice is quickly catching up the capital – a city with the greatest number of such centers. The Silesian Agglomeration with 83 companies is on the podium with Warsaw where there are currently 133 BSS centers – said Iwona Chojnowska-Haponik, Chairman of Department for Foreign Investments, PAIiIZ.

The Agglomeration became a significantly attractive city for development of IT companies. Katowice has already found its specialization – confirmed Marcin Nowak, Managing Chairman of Infrastructure Services EE, Capgemini Poland – one of the largest investors in the Upper Silesia region.

Ca. 47 per cent of all conducted business processes in Katowice constitute creation of a software and nearly 40 per cent of people work in the Polish IT centers. At present, there are 33 centers of ICT services in the Silesian Agglomeration. The expert in PAIiIZ – Rafał Szajewski – believes that the great asset of Katowice is unsaturated market. Hence, the intensive increase in popularity of this segment is particularly noticeable among investors.

The most popular processes of BSS are serviced in Katowice, source: paiz.gov.pl

A dozen or so companies which deliver services in the area of IT have rented office space in Katowice in recent months. Several conducted transactions are particularly worth mentioning: i.a. lease of 410 sq. m in Altus by itWORKS SA IT company and 2300 sq. m by TPG Katowice in GPP Business Park. Moreover, the international Mentor Graphics company specialized in production of software for designing and production of electronic device occupied over 4500 sq. m in Silesia Star whereas Capgemini Poland moved its headquarters to Silesia Business Center.

Source: paiz.gov.pl
see last
You enjoyed article? Sign in for the newsletter!
Fill out your e-mail, to recive our newsletter.
Be the first to comment
More on topic:
Related companies 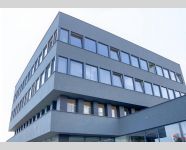 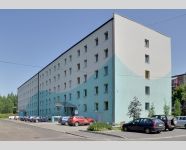 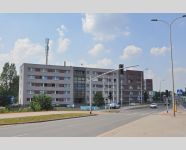 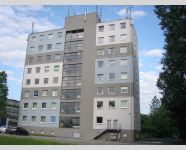 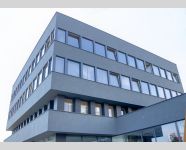 Kinnarps Showroom With A New Location