Is it worth to invest in green?

View gallery
Switch to Green conference has, for the fifth time, made its participants from real estate market to discuss the issue of balanced construction.
Add your opinion

Balanced construction in Poland gains an increasing popularity. However, with the increasing number of green investments, is the awareness of leaseholders and users rising? Looking at the outcome of discussions conducted during the fifth edition of a yearly Eurobild's Conferences Switch to Green, one can see this aspect still requires a lot of work on part of the experts and promoters of balanced construction. The leaseholders are not willing to pay more for green solutions, so the developers have to cover the differences in cost with their own profit. Therefore, how one should promote the ecological way of thinking? How one can make full use of funds for introducing of pro-environmental and energy-saving solutions? These and many other questions were asked during the five panels organized by Eurobuild.

The discussion was started by Magdalena Stretton, Head of Environment Department in Arcadis, when she said: We expect that by 2050, the number of people living in Polish cities will exceed 70 percent of population. Her presentation, Urban challenges 2013, met with high interest of the participants. Visualizations of Venus and Masdar City as examples of highly developed, balanced cities caused owe among the listeners. After the presentation, she invited to the discussion authorities, such as Vice-president of capitol city of Warsaw Jarosław Dąbrowski, the mayor of Karczew Władysław Dariusz Łokietek and Head of Business Development Department in Siemens Ewa Mikos Romanowicz. They gave speeches about public energy-saving buildings, balanced city development and EU's directives.

Next panel begun with the presentation made by Jarosław Witek, Leader of Balanced Development Team in Arup, who presented the newest technologies in green constructions sector. If a construction is not profitable than it's not balanced construction. Up-to-date amenities can quickly become obsolete and it has nothing to do with balanced development – he stated. His speech led to a discussion between other speakers, namely Manager of Renewable Energy Sources Product in Viessmann Robert Midera, Manager of Technical Department in Bouygues Immobilier Poland Łukasz Paryś and Technical Development Manager in Goodman Poland Robert Pykacz. They tried to differentiate between what's only a gadget and what can actually become a ecological and usefull solution.

After a coffee brake, the third panel has begun. It was lead by Wojciech Zawierucha, operations and business development director in Savills. During his introductory speech, he discussed the ways in which a profit can be made out of a green solution. Panel dealt with malls and the problems concerning with their design, equipment and utilization. The speech brought about emotions of the listeners and their comments: The problem lies in the fact that leaseholders do not appreciate these efforts when it comes to making of decisions concerning the lease – they just don't care whether the centre has BREEAM certificate or not – said Krzysztof Apostolidis, Head of the board of Fabryka Biznesu, which is the investor of Łódź's commerce centre Sukcesja.

The penultimate panel called the Strength of Alternative has begun with the presentation by Head of Polish Association for Ecological Construction Rafał Schurma. He has described a German ecological certificate DGNB and compared it with other systems which are currently more popular in Poland. Other option was presented by Carole-Emilie Rampelberg, a Member and Representative of Ecological Construction Association in France, who has presented the HQE system. During her speech she asked if any of the investors would be bold enough to choose a German or French system on a market dominated by BREEAM and LEED certificates.

The last discussion concerned the housing market and has been regulated by Zuzanna Wiak, the journalist of Eurobild CEE. The speakers pointed out that clients are unwilling to pay more for a balanced apartment.

The conference ended up with a dinner set in Sound Garden Hotel in Warsaw, where all the speeches took places.

Source: e-biurowce.pl
see last
You enjoyed article? Sign in for the newsletter!
Fill out your e-mail, to recive our newsletter.
Be the first to comment 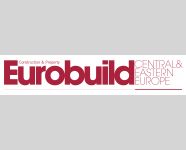