The borders of the Special Economic Zone in Kraków will be broadened at the end of January 2013. Thanks to the decision another ten permits, impatiently awaited by entrepreneurs, will be granted. The broadening will allow for new investments in Chrzanów, Czorsztyn, Dąbrowa Tarnowska, Kraków, Trzebinia and Skawina.

The situation shows the importance of obtaining new investment areas and prolonging the existing zones. According to current regulations Special Economic Zones in Poland will be operating until the end of 2020. Prolongation of SEZ would have a tremendous positive impact on further development of the Polish economy and enterprise. Our contacts with investors indicate that such steps are expected by entrepreneurs.

Special Economic Zones were introduced in Poland in 1995. During those 15 years they have become an important element of the economic development of the country. In those zones investors from Poland and abroad located many investment projects.

Thanks to SEZ investments worth 73 billion PLN were completed providing over 225 thousand new work places within the Zones and about 1 million in their proximity. Additionally, around 58 thousand work places were saved. It is estimated that each 1 PLN of tax exemption brought over 8 PLN invested in the Zones.

Investors within Special Economic Zones benefit from state aid, lower PIT and corporate income tax (CIT) -  tax exemption. Econometric research conducted by Ernst & Young within poviats confirm that in places with SEZ the level of investments is considerably higher, unemployment is lower (by 1.5 – 2.8 %) and GDP per capita is higher that in regions without such zones.

see last
You enjoyed article? Sign in for the newsletter!
Fill out your e-mail, to recive our newsletter.
Be the first to comment
Wiesława Kornaś-Kita 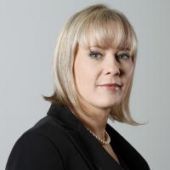 User did not agree to contact with him.
Check other opinions
News | February 18, 2020