With the coming of a new year the owners of properties in Cracow are going to be greeted by a property tax hike. Its taxpayers are primarily owners and permament usufructuaries of real estates. The tax rate depends on the purpose of a particular property. In Cracow in most cases the tax rates increase by a few percent ( nearing the maximum allowed rate ). This tax's rates can increase by as much as 10% ( from 0.76 PLN to 0.84 PLN per 1 m2 of land area and from 20.62 PLN to 22.13 PLN per 1 m2 of usable area of buildings or their parts) in the case of real estates related to economic activity, which already have much higher rates than other properties anyway. That is why the coming hike can have a serious impact on office buildings' owners.

That, of course, depends on whether these costs are charged to owners of these building or to their leaseholders. Usually the property tax is passed onto leaseholders. Most often it is included in the maintenance fees pool and subsequently proportionally divided among leaseholders. Usually the owners reserve themselves a right to a one-sided increase in maintenance fees in case of rise of property's upkeep costs, including the property tax, within the lease contracts. Leaseholders often limit the allowed increase during the negotiation of lease terms though.

For property owners it is important that the amount of property tax can be deductible. Although one has to remember, that deductible costs are costs incurred in order to achieve income and preserving or acquiring a source of income, with the exception of costs clearly stated in regulations ( the property tax is not among these exceptions).
In the case of leaseholders the additional cost is going to appear through an increased rate of maintenance fees or valorised rent.
Either way the coming tax hike will be felt by both leaseholders and owners, but the tendency to increase the rates of this tax – in the face of Cracow's budget hole – has been an expected and inevitable move.

see last
You enjoyed article? Sign in for the newsletter!
Fill out your e-mail, to recive our newsletter.
Be the first to comment
Maciej Kądziołka 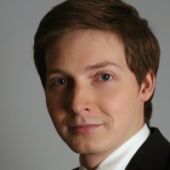 User did not agree to contact with him.
My opinions
Check other opinions
News | March 2, 2020