Office Pleasing To The Ear

Modern office buildings impress us with their architectural design. However, the issue of the right acoustics is equally important so that they could serve as comfortable work places. Meanwhile, there are still many employees who complain about noise at the office.
Add your opinion

Nowadays, noise constitutes the major problem in modern office buildings. According to the research “Healthy and green office buildings” conducted by Polish Green Building Council (PLGBC), 1/3 of the surveyed claim that they’re disturbed by noise at work. This is a distracting factor, regardless of its origin; whether it’s from the inside or outside. The way noise distracts the employees depends on a task they perform, personality traits or room acoustics. However, it’s considered a physical factor which significantly decreases the productivity of employees as well as hampers communication and focus.

Apart from a negative impact on the performed tasks, noise also determines health state of the employees. It causes irritation and stress, which then may cause different healthy problems. Noise often contributes to sleep disorders whereas the lack of rest means weaker concentration. According to the report prepared by PLGBC “Healthy and green offices”, World Health Organization (WHO) enumerates the following health problems resulting from noise: chronic fatigue, arrhythmia, headache or neurosis. Noise causes physiological reactions such as blood pressure rise or altered heart rhythm.

Due to the negative impact of noise on health and well-being, actions aimed at limiting the undesired sounds in office buildings should be undertaken. People spend lots of hours in their work places every day. The acoustics environment quality is regulated by various norms. One of them is PN-N-01307: 1994 “Acceptable Values Of Sound Level At The Work Place”, which specifies the maximum noise level at the work place. This amounts to 55 dBA in administrative and office rooms as well as during theoretical works, devising data and other similar activities. The norm package "PN-B-02151" specifies the acoustic insulation of the building, which should be isolated from undesired sounds coming from the outside as well as reverberation noise. What’s more, there are some different regulations concerning protection against noise while designing, constructing or modernizing the buildings. If the investment applies for a green certificate, it should meet additional acoustic regulations as the standard insulation may be not enough in this case.

What type of noise disturbs the employees? They mainly complain about telephone calls of their associates. According to the report “Healthy and green office buildings devised by PLGBC, 55% of the surveyed point out this particular reason. The participants of the survey complain about conversations of their associates (49%) and the fact that someone may hear their own talks (48%). Only 19% of the surveyed point out external noise, 13% – mechanical noise, that is sounds from the installations and ventilations, and 12% – noise from office devices.

The most difficult space for the right acoustics at the office is open space deprived of compartments. According to the report “Healthy and green office buildings”, noise in such space disturbs 44% of the surveyed. Open space with compartments and shared rooms is a better solution. Noise is the least disturbing for people who work in private rooms. 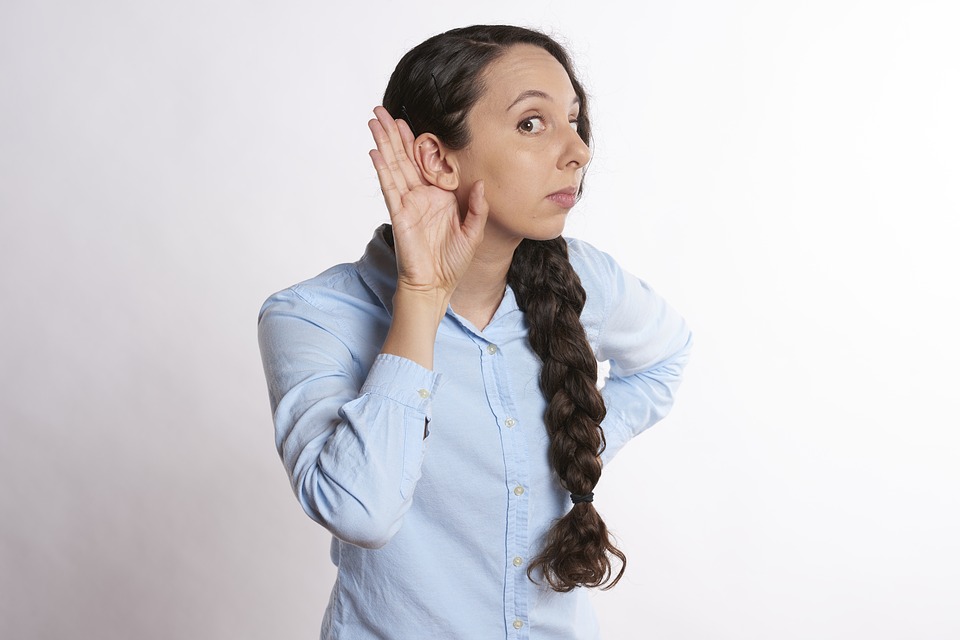 An important element is the right acoustics, including the right “background noise” level. It can’t be too high but it should reduce the unwanted sounds. Noise may be muffled but the office can’t be muffled too much because then it would be strenuous for its users. If there are too strongly sound-absorbing materials, people who spend time in it would feel discomfort (the so called pen spinning effect due to the lack of the acoustic background, even the noise of pen spinning on the floor may be heard with redoubled strength).

The wrong architectural acoustics is related to such problems as noise and wrongly understood speech. It decides what may be heard in a given interior. In the case of office space, it’s extremely important to maintain balance between the need for concentration and the need for communication. In order to achieve this balance, it’s helpful to divide space into working stations. The employees then choose the most comfortable place to perform a given task. Thanks to the right acoustics at the office, the employee isn’t disturbed by too much noise and the room provides space for concentration as well as confidentiality of conversations.

The regulations regarding acoustics at the office are specified depending on their functions. An important role in isolating the office from pervading sounds from the outside and limiting noise is played by acoustic insulation of construction compartments, walls, ceilings, suspended ceilings and installations. The heat insulation performs the role of acoustic insulation. It’s present in pipelines of central heating, water distribution and ventilation ducts. According to the report “Healthy and green office buildings” prepared by PLGBC, the situation of wastewater and rain sewage is quite different as this issue should be taken care at the design stage by choosing the right acoustic insulation. In order to avoid noise, it’s worth taking care of the right project and the installed ventilation.

While designing a place for working in concentration, it’s worth limiting the sound pervading from adjacent rooms or devices. It may be done by using the surveyed setting of wall layers that divide the rooms as well as other settings: ceiling – aerial layer – insulating suspended ceiling. It’s important to take care of acoustic insulation while choosing the compartments. Such solution as acoustic ceilings absorbing and insulating the sounds constitutes the element of office design due to the choice of forms, colors and textures.

Apart from the insulation of external sounds, it’s also important to take care of noise level in a room. According to the report "Healthy and green offices”, reverberation is a natural phenomenon. The lack of echo causes the impression of too quiet and “deaf” interior. There is also a controlled echo in the background in large offices. The selection of absorbing and sound-reflecting materials is of great importance. They would help in gaining the right acoustic environment. Noise at the office is generated by devices. It’s worth installing the quietest devices in office space (printers, shredders, etc.). What’s more, such devices should be also placed in a different room. A friendly acoustics is provided by textures applied at the office such as flooring, upholstered compartments or soft tapestry of office chairs. An interesting solution is creating quiet zones intended for work or meetings requiring concentration.

Source: e-biurowce.pl
see last
You enjoyed article? Sign in for the newsletter!
Fill out your e-mail, to recive our newsletter.
Be the first to comment